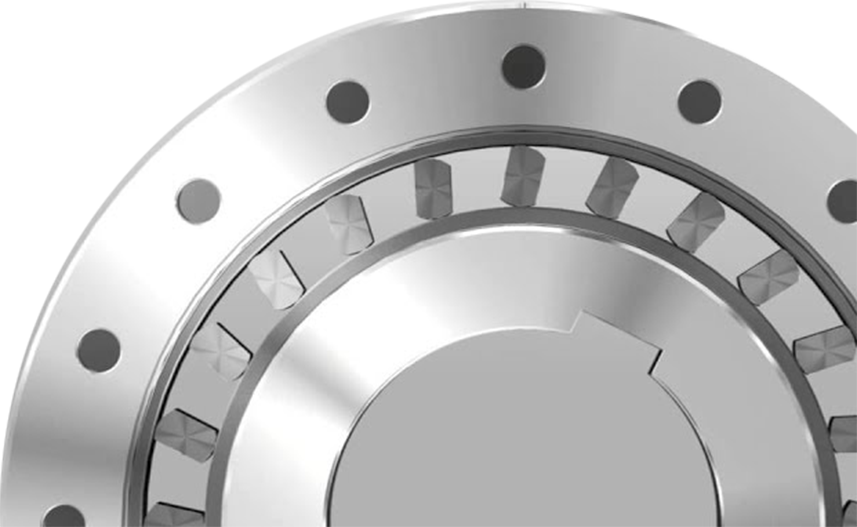 Motion Technique (India) Pvt. Ltd. is a premier supplier of Indexing Systems in India and has established itself as a preferred choice of many large engineering cos. for their requirement of high precision Indexers.

Indexing is the repetitive movement of a mechanical element, from an initial position (starting from a rest position also known as dwell) to a new position. In other words, it can also be defined as the process of starting and stopping the motion in precise intervals at precise locations. Indexing is applied generally to either linear or rotary applications.

This motion is achieved by the combination of the Cam, driven generally by a motor and reducer, and a Turret attached to the output shaft which contains the Cam follower bearings. The whole assembly is generally enclosed in an oil-filled box known as Housing.

The turret can be made to Index round, between stopping positions or oscillate between two stops. The cam can be stopped and restarted when the turret is at rest to extend cycle times. As the cam is rotated at a constant speed, the output stops and starts (i.e., dwells and indexes) in a repetitive pattern.

When turrets are required to index in one way then the other, the mechanism is called an ‘Oscillator’

Cam based Indexing Mechanism play an important role in various automation applications. Some of the application areas are listed below: